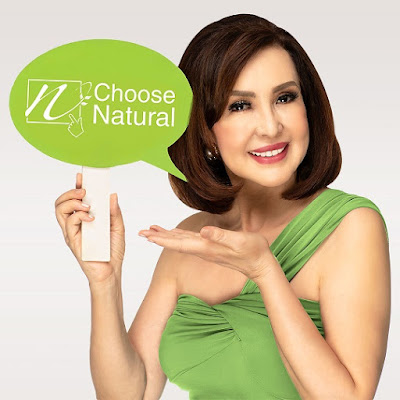 Love yourself just a little bit more. When you start being good to yourself a little bit each day, life blooms into infinite joy.

Start small by choosing products that you will embrace as part of your health and beauty care. That’s the first step. But how? 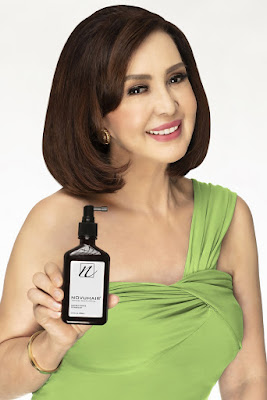 NOVUHAIR®, nature’s answer to hair loss, partners with the country’s Health, Beauty & Wellness Icon Ms. Cory Quirino in spreading the brand’s advocacy campaign. Novuhair intends to reach out to more Filipinos around the world in celebration of its 10th successful year in the market.

“There are hair treatment products in the market today that claim to be effective but their ingredients could contain chemicals that may prove harmful with long-term use,” she enthuses. “Choose natural. You deserve more. Go for the PERFECT 10!” she emphasizes.

You deserve more. Go for the PERFECT 10!

Individual uniqueness equips us to mentally attune to the world in varied set ups. While some people may need more sleep hours than usual, others are designed with more sensitivity to assymetries in daily routine. Hence, tuning into the frequencies of the body's warning signals to slow down has its advantage. Doing otherwise may cause health problems later on.

Prowess of the universe works in mysterious ways. By connecting to the earth energies and attunement to nature, one can reap its benefits.  NOVUHAIR®  recognizes these energy-gifts of the earth that it partnered with Feng Shui Expert Master Hanz Cua.
Backed up by 15 years of practice, Master Hanz is the 9th expert to join the Novuhair’s roster of VIP Coaches this year. He works closely with the Novuhair team in spreading NOVUHAIR®’s advocacy campaign just in time for its 10th year celebration of success in the market.

As Novuhair’s Feng Shui VIP Coach, Master Hanz supported the launch of 10.10 Novuhair Lucky Deals at Lazada which runs from October 10-18, 2020. Avail up to 20% discount on Novuhair products. 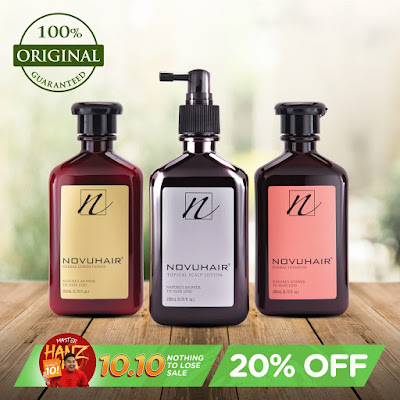 Follow the @NovuhairOfficial Facebook page to learn how to stay attuned with your own natural energies with the guidance of Master Hanz. Learn about NOVUHAIR® loss prevention on https://bit.ly/3diTZtw and see what this natural hair loss treatment for men and women can do for you.

Cordilleran farmers were given such cruel rates after spending to bring their crops to the nearest vegetable trading post during the last week of July. These turn of events are crushing their hopes of raising cash needed to buy seeds for the next planting season. They are now struggling to mend losses as their access to markets was cut off for six months now.

Shereen Umayat and Jessica Dapliyan, two young farmers from Sagada, had a cheaper option for their next maturing vegetables---to let the plants rot in the farmland in order to stop incurring additional expenses.

When asked how much she has spent for her cucumber, Umayat computed losses to be at least P40,000. While there are active programs like Sustainable Sagada and Rural Rising organized to help ease the situation, not all produce in the remote Mountain Province town can be accommodated. 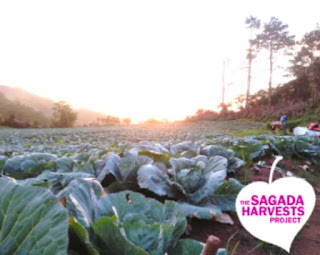 Dapliyan, a former innkeeper who shifted to farming following travel bans, started giving away her cabbage produce for free in September after unsuccessful attempts to sell due to community quarantine restrictions being implemented.

Trying out the Metro Manila Market

For generations, farmers in Sagada and other towns of the Cordilleras have been trading in marketplaces within the mountainous region and going to the lowlands is not part of their regular routine. Now that they are running out of options, Igorot farmers are forced to seek help outside the highlands.

Tapping Metro Manila-based Cordillerans or Igorots for assistance was the first move. Upon learning about the crisis, Christian Aligo, a Marketing Communications practitioner living in Quezon City, started the “The Sagada Harvests Project” on Facebook.

With assistance from Umayat, Menchie Buking of the Department of Agrarian Reform Mt. Province (DAR MP) and other concerned locals, The Sagada Harvests Project was able to sell three tons of produce in its first two runs.

Alongside Aligo are other Metro Manila-based Igorots that include Luisa Gay Pugong, Jenny Lyn Likigan, Bing Podes Laguipen, and Hector Ngales, who transformed themselves into vendors after their day jobs to help alleviate the agricultural crisis.

Joining the force are Atty. Pio and Noemie Jeanet Daoas who now spend their weekends on vegetables trading. With the help of dedicated riders, the couple delivers the goods within Taguig City for only P 20.

A Trade Friendlier to Farmers

As agreed, it is the farmers who set the price of their produce. It is usually the multi-level middle men who dictate the price and get a bigger portion of it in the marketplaces.

When the rate at the La Trinidad trading post for cabbage went down at P 2 per kilo, The Sagada Harvests Project purchased the same at P20 per kilo–- a rate dictated by the farmers.

Meanwhile, local food producers Gabay Wines and Food Preserves and Masferre Country Inn & Restaurant have been doing experiments for delicate items like wild blueberry, wheat bread, and goat cheese products to check on the shelf-life of the products when offered in places with a warmer climate.

Contact Aligo at 0956-174-8464 to know more about The Sagada Harvest Project and its list of Igorot vendors who directly source their goods from farmers. Visit www.facebook.com/sagadaharvests for updates.

This September 2020 marks seven fruitful years of collaboration between NOVUHAIR®, the leading hair loss treatment in the country and THE ALOPECIA PHILIPPINES, a group founded in 2012 by singer and songwriter Abby Asistio.

Everyone is invited to witness this year’s official celebration dubbed as “VICTORIOUS, Rising Above Alopecia and the Pandemic Together”. This momentous event goes LIVE online at When In Manila’s Facebook page on Saturday, September 26, 2020 (3pm to 8pm).

Abby Asistio is currently one of the ambassadors and the Inspirational VIP Coach of NOVUHAIR®, nature’s answer to hair loss, which she has been using since March 2013. 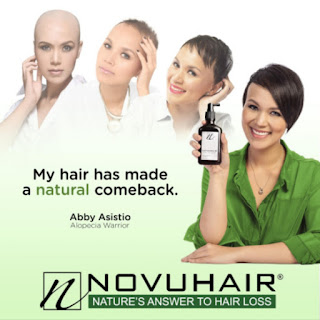 Do visit https://www.novuhair.com/novuhair-3-in-1-vip-promo-kit/ to learn more about how NOVUHAIR® can heko you fight hair loss. ADP Pharma Corporation established its foothold in the industry through its distinctive endeavors.

For 10 years, ADP's team of driven and passionate people have always kept themselves abreast with recent trends in the pharmaceutical industry. This gives them leverage in addressing current and future market needs in an era where value-creation for consumers is a must.


Ambition, Drive, and Passion are what makes ADP and these lead up to where they are now. ADP have always aimed for success in all aspects of its operations to reward Filipinos. ADP have successfully capped off each year with new product developments and partnerships for a decade. 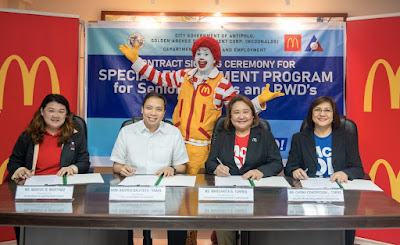 McDonald’s Philippines opens a new year by forging partnerships with the local government units of Antipolo and Caloocan. With the MOA sign off, McDonald’s Philippines commits to provide equal employment opportunities for senior citizens (SCs) and people with disabilities (PWDs) in its restaurants in both cities. The program will provide them the opportunity to earn while learning new skills and undergo the same world-class training which the company provides all its directly-hired employees.

“McDonald’s Philippines has been a partner of communities in championing fair and equal employment opportunities that would allow people to grow and develop. Naniniwala kami sa kakayahan ng mga senior citizens and PWDs. With their skills and commitment, we believe that they will positively contribute to our operations at mabigyan ng inspirasyon ang aming employees,” says Chona Torre, Senior Vice President of Human Capital Group, McDonald’s Philippines.


Qualified applicants are also entitled to a compensation equal to the prevailing minimum wage, and benefits such as pro-rated 13th month pay, free meals, uniforms, and life insurance to be secured by the company.

Under the agreement, hired SCs and PWDs will be assigned to perform tasks such as being an order presenter, drink drawer, table manager and overall guest relations. SCs will be assigned work for not more than four hours per day for five days a week, with shifts set from 8:00 AM to 12:00 PM and 1:00 PM to 5:00 PM. PWDs on the other hand, can work with regular shift schedules.

McDonald’s Philippines is looking forward to roll out its alternative workforce program for senior citizens (SCs) and people with disabilities (PWDs) to more cities in the country. 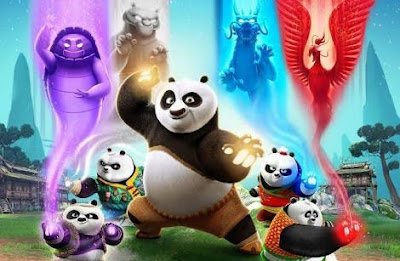 Kung Fu Panda: The Paws of Destiny is the latest story from DreamWorks Animation’s beloved Kung Fu Panda franchise. This epic adventure series follows Po as he embarks on a journey to teach kung fu to four young pandas. The kids accidentally absorb the chi of ancient and powerful kung fu warriors known as the Four Constellations and come to realize a destiny to save the world from an evil force. Meanwhile, Po finds himself faced with his biggest challenge yet – teaching this ragtag band of cubs how to wield their newfound powers.

Kung Fu Panda: The Paws of Destiny premieres January 20 with episodes on weekdays at 6:30pm (GMT+8) on DreamWorks. 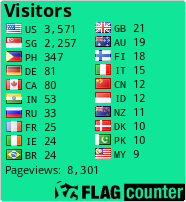